The steps to installing basic shower drains are relatively simple for the owner builder. Legally a plumber should be on the job here, but a basic plan will make you a good sidekick or a expert in diy plumbing. With the shower base in place you need to install two items, firstly a shower drain fitting, and then the drain trap piping. Both are relatively simple fixtures. 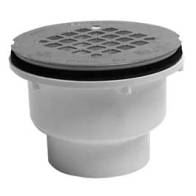 The following is for a 'raised floor' where you have access under the shower. Clean the drain hole area of dirt and dust. Place the grill/strainer assembly down through the hole and put a heavy object on it. Go underneath and screw on the drain body making sure the rubber gasket is on top and will fit up against the underside of the shower base. Don't screw it up yet, but anchor it firmly to the base by wedging it firmly upwards with something. A second person would be your first choice. 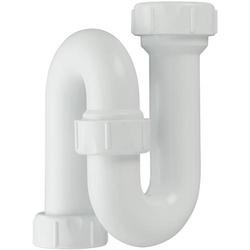 You can purchase shower drains from any hardware store or plumbing supply outfit, but have a good look at the directions as some are completely wrong. Disassemble the parts on a table, in line, and study them first. There should be a screw in strainer grill at the top, strainer body that goes down through the hole, rubber gasket and sometimes a fibre gasket as well, and a drain body.

Go back inside your shower and apply clear silicon sealer around the underside of the strainer body and screw down firmly, wiping excess sealer away. And it is done. The next part of installing a basic shower drain is to install the shower trap. Relatively easy, and self explanatory, just make sure the rubber seals are in the correct position and don't over tighten them.

Good ones have a swivel centre so you can easily position it over your exit pipe. You may have to connect it to a floor drain coming from the centre of the bathroom. The same system of assembly can be used here as well. Don't forget to test for leaks.

Go back to Bathroom layouts or go to Kithomebasics home page