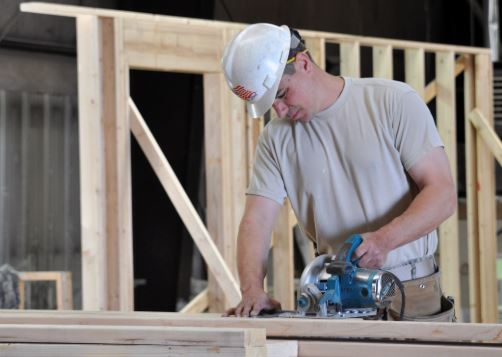 Finding approved tradesmen may not be that difficult, but dealing with them can be a nightmare, if you approach it the wrong way.

As an owner builder, the tradesman jobs I required were plumbing, electrical, plastering, roofing, slab, shed and kitchen building. Before I start discussing my 3 stage process, here are a few notes...

Note 1: If I was building a complicated house, I would not be owner building.

Note 2: Most trade jobs are straight forward and professionals will do it better than you, and they will fix mistakes, as it is in their best interests.

Note 3: If you are thinking you need to negotiate hard to get the best quote, you would be wrong: see stage three.

I needed a number of trade workers, mostly to do the jobs I couldn’t legally do, and also to do jobs that required teams to be done efficiently. On my previous kit home build, I didn’t need a slab built as I built my own raised floor. I also installed the roof as it was a simple gable, but the roof and its guttering on this house design was much more complicated, and a roofing team would have it up in a few days.

I made it a practice to use local tradesmen and I used many ‘in the know’ locals who gave me lots of tips; some were gold, others less than useful. I found these people everywhere I went. I just had to strike up a conversion and then ask who they used for their last project.

I found a builder and plasterer who guided me away from a couple of different teams around the traps due to their lack of attention to workplace health and safety and low reliability.

A problem for me was getting approved tradesmen to supply a quote. There seemed to be a lot of reasons why they delayed their offers: “on holidays”, “rolled the van”, “staff sick”, “can’t get prices for materials”, and “work has piled up”. I also believed it was because I was an owner builder and I wasn’t a priority. Finding their preferred way to communicate seemed to be the key - emailing could be ignored and texts as well, so calling their mobile and interrupting them seemed to help.

Stage one: For me, the first stage of getting a good quote was about supplying the tradesman with a full list of requirements, tasks and required outcomes with a full list of materials that I had chosen, or the kit supplier had or would deliver. The more information and detail in the request, the less that could be left out of the quote, only to be later added as it ‘wasn’t mentioned’. I also had requested that the quote include cleaning up.  As there was always plenty for me to continue with on the build, I didn't have time to be their labourer. Note: Some will give lower quotes if you do this task, but get the quote with a cleanup first.

Stage three: The best quote was not necessarily the lowest quote.  As a rule the lowest was the least useful to me as it could not be compared with reasonable quotes and was too easily a fraud. The highest quote was the one I studied to find the reason why: was it because they were using better materials, were more thorough workers, had added extra tasks that were necessary, or were they just too busy and quoted high so they cover the cost of employing more workers? The last was very common.

So my previous suggestion that negotiating hard to get low price, was for me, futile. A low price meant shortcuts would be taken, lesser quality materials used, and or inferior work carried out. Running a trade business in New South Wales was expensive and here, there is no such thing as a cash economy, not if I wanted a job guarantee and insured workers.

I needed approved tradesmen on the job who were willing to do a good job for a reasonable price.

Not someone who begrudgingly cut their profit for my benefit.

How to check a tradesman?

Your state authority will have all the info you require to check on the tradesmen in your area.

In the end, I agreed to engage a trade worker if:

7 signs your builder or plumber is unregistered : (Media release from VBA)

Other Owner Builder Pages on this site...