Hanging a Door in a kit home

Hanging a door is considered by some to be a true measure of carpentry talent or skill. A door only 'works' when fine tolerances and clearances are set up, levels and plumbs are true and seals are tight and sound. Well if you aren't a carpenter, your ability to hang a door may be only average, by these standards.

However there are now 'pre-hung doors' which you can specify in your inclusions, which make hanging a door effortless. These interior and exterior doors arrive with a fully assembled frame, with the door hanging on the hinges, ready to plumb and install. The assembly will have timber braces to keep it square as you install it, and the kit home prefab frames will be itching for a that perfect door. What could be simpler.

Flush doors are completely smooth, having plywood or MDF fixed over a light timber frame, the hollow parts of which are often filled with a cardboard core material. Flush doors are most commonly used as plain interior doors.

Moulded doors have the same structure as that of flush door. The only difference is that the surface material is a moulded skin made of HDF / MDF. They are commonly used as modern interior doors

French doors, also called a French windows, are doors with multiple windows set into it for the full length of the door. Traditional French doors are assembled from individual small pieces of glass and mullions.

Sliding glass doors are rectangular framed sheets of glass mounted adjacent to a similar fixed glass partition, sliding in its own plane parallel to its neighboring partition. See our page on sliding glass doors

Folding doors (accordion doors/bifold doors) have an multiple panels which fold upon one another.

Panel doors have vertical and horizontal boards (stiles and rails), panels usually in multiples of two,and glass panels at the top.

Solid-core doors consist of low-density particle board or foam used to completely fill the space within the door.

Solid-core flush doors (especially foam-core ones) are commonly used as exterior doors as they provide more insulation, strength and security. 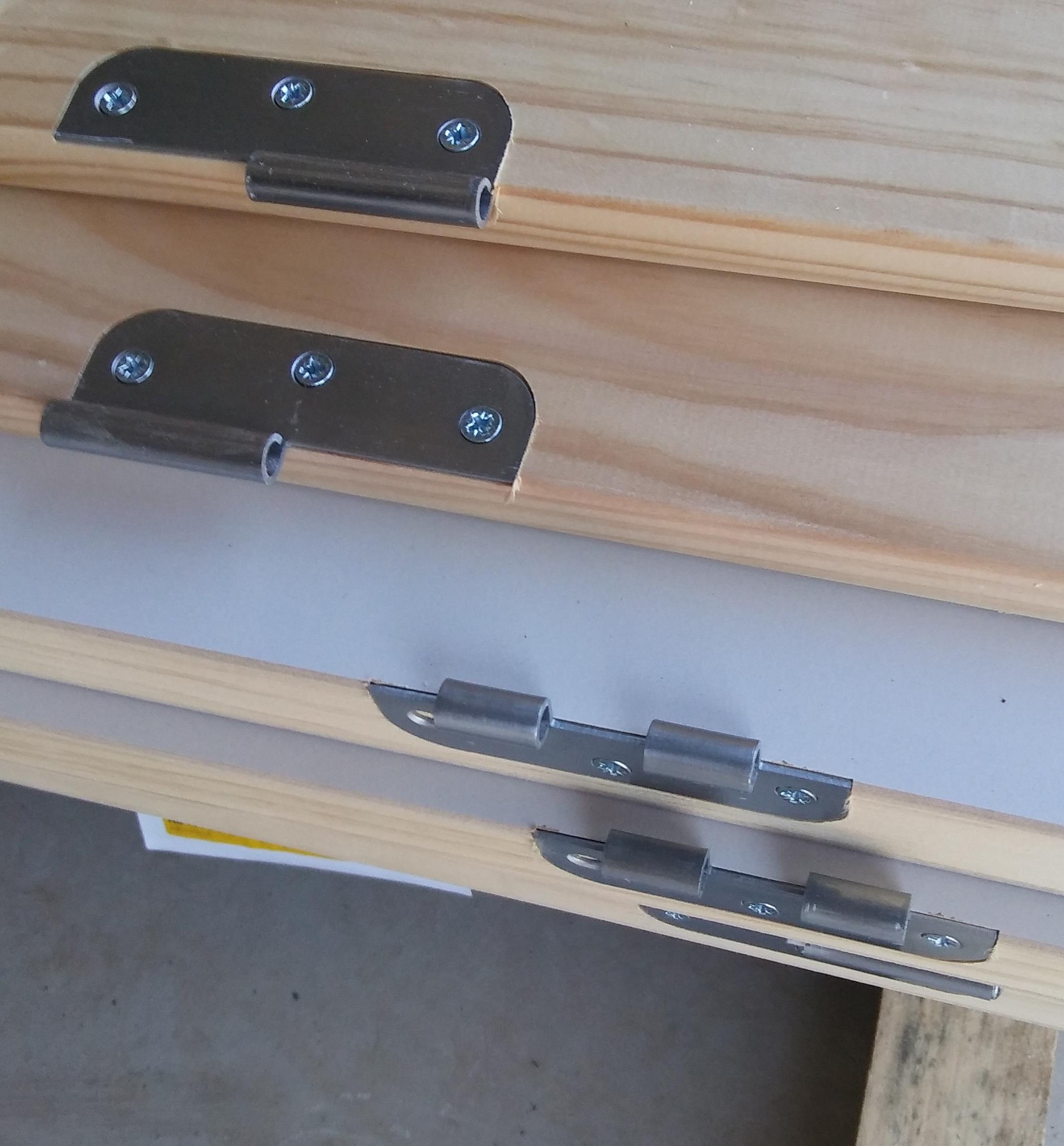 When you specify prehung interior doors as inclusions in your kit home, the need to know how to hang a door becomes less of a problem. A carpenter knows the tolerances required to set jambs into frames, rebate hinges, plane door edges and bore door furniture holes. A handy person nowadays can bypass most of the exacting measurements necessary to install an interior door.

Some prehung interior doors are delivered complete with a hinged door hanging on a constructed jamb frame with door stops and architraves pre-cut to fit. The frame will have a brace across the jambs to keep it square as you set it up between the trimmer studs. Others are delivered with stiles and doors pre-hinged, and ready to trim and assemble.

To begin, do the following calculation for the head jamb height:

Alternately use the supplied framed door for the measurement. Mark the height of the top side of the head jamb on the hinge side trimmer stud. Now calculate the width required as below: 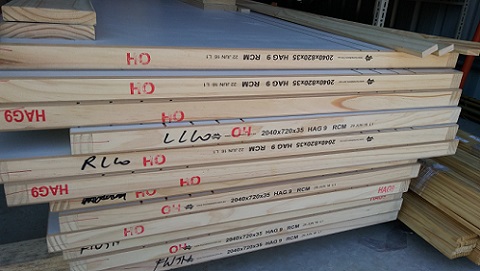 Remove the door from the jamb frame and slot the frame into the trimmers against the hinge side trimmer and speed clamp it in place. Check the top of the head jamb on the earlier marked level. Use an off-cut of some drywall lining to check the edges of the jambs will be a flush fit when the linings are installed, then check for plumb.

Now pack out the latch side jamb ensuring extra packing around the latch area and speed clamp the latch jamb to the trimmer. Recheck heights, levels and plumbs before nailing the jambs to the trimmers with 60-75 mm nails. Release the clamps and attach the door to the hinges with one screw in each hinge. Swing the door home and check the gaps are even. If everything is square, attach the remaining screws. Now pack out the head jamb and nail off.

Install the door furniture into the pre-drilled door and the striker plate into the checked out jamb. Test the door closure is sound then attach the door stops so the door shuts snugly without rattling. In some assemblies the door stops are already attached. Lastly, attach the supplied architraves, which may need to be trimmed to fit.