How to lift a roof frame

Nobody could tell me how to lift a roof frame onto steel kits homes (other than hiring a crane), so I set about inventing a way. I had erected the wall frames (see that here) and installed the roof supports so I now had about 20 roof frames to pitch onto the roof.

Now I could have employed an offsider, but I am doing this solo ie I'm a lone worker owner builder who didn't want the hassle of super, workers comp and insurance for one helper. I looked for a crane operator but the closest one was an hour away and they wanted to charge a day rate so no dice.  Other materials handling systems were around I'm sure but they cost money to hire.

The frames were not that heavy: maybe 20-30 kgs but they were 3m x 6m and were rather unwieldy to move about. To add to the problem I had specified 2.75, (9ft) ceilings, so it was another 30-40cm higher than usual.

Step 1: How to lift a roof frame

My idea was to pull the roof frames up onto the roof supports of the steel wall frames with ropes. Firstly I stood the frame in position upright against the frame wall. I then tied rope to the central horizontal noggins leading back over the wall frame to a loop tied to the ceiling frames, then back to me outside the wall and frame. 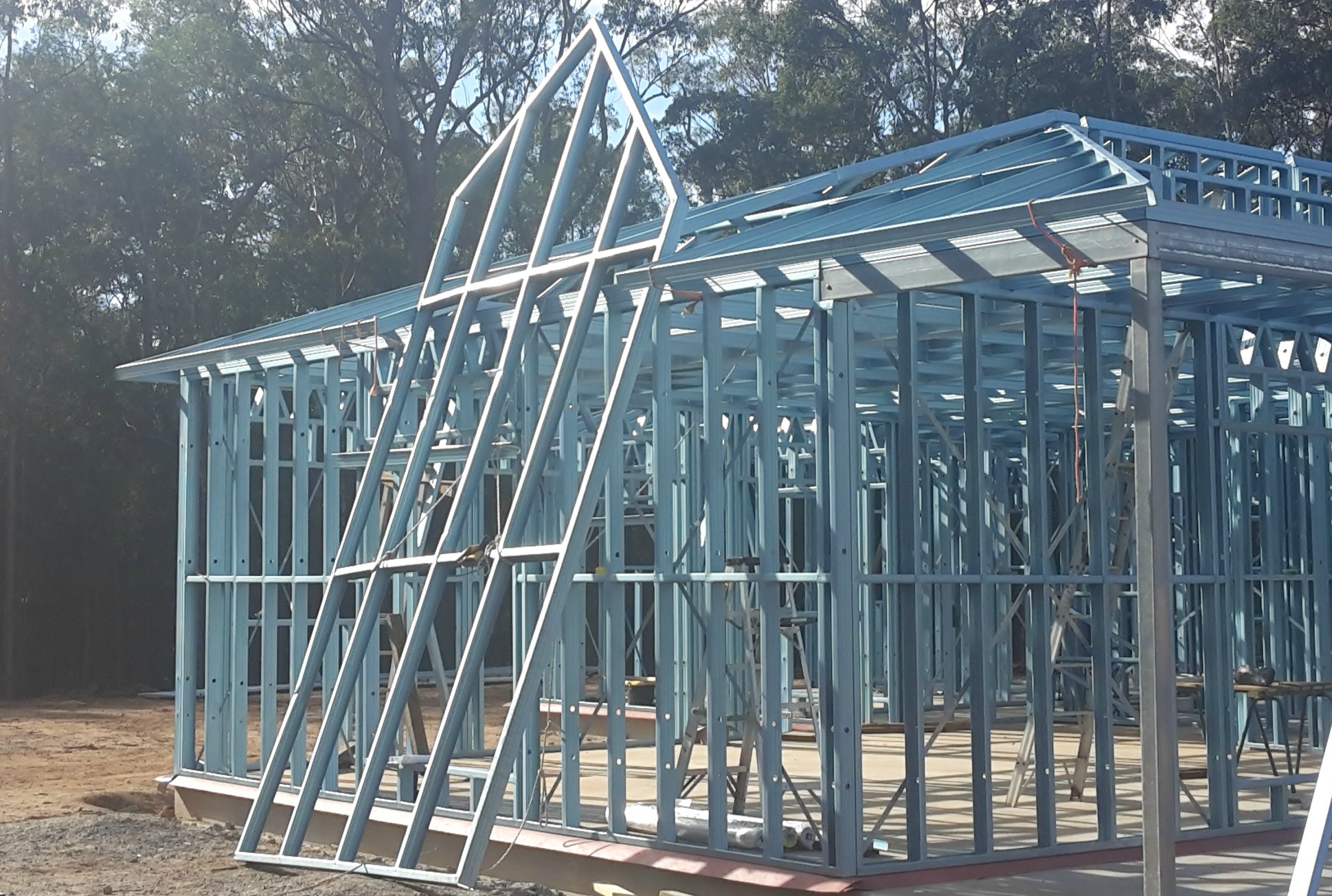 Roof frame in position to lift

I tensioned the rope and pulled the base of the frame out so it levered away from the ground. This was a little tricky but after a few goes I got the hang of it. When it was angled at about 45 degrees I pulled hard on the rope and shoved the frame skywards at the same time, then tied it off in that position. 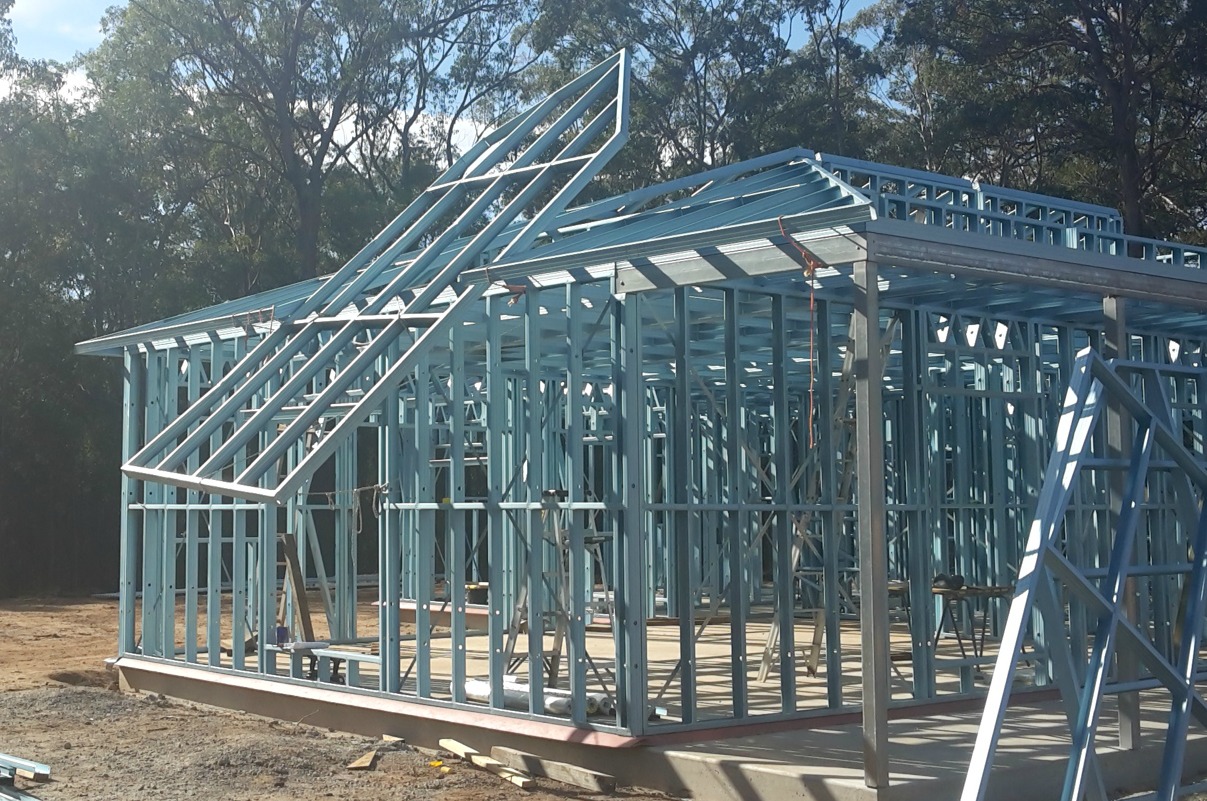 Roof frame set up to lift

The next step involved me getting up onto the ceiling frames and dragging the roof frame up to get it flat up on the roofing supports. This took some doing at first as some were corners and others valley frames so patience was necessary. 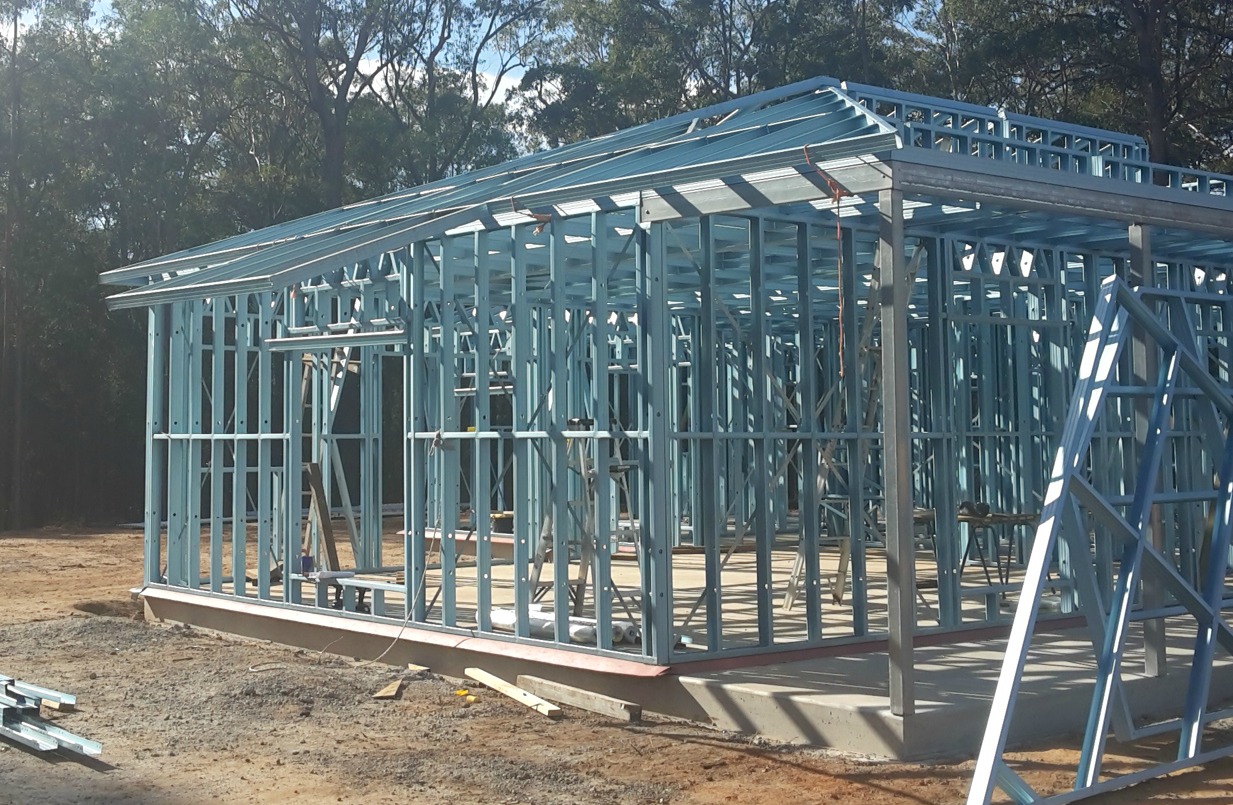 Roof frame ready to slide up the roof supports

The last step was to drag it into it's correct position on the roof supports and clamp it down. I then checked the overhang, squared it off then tech screwed it down. 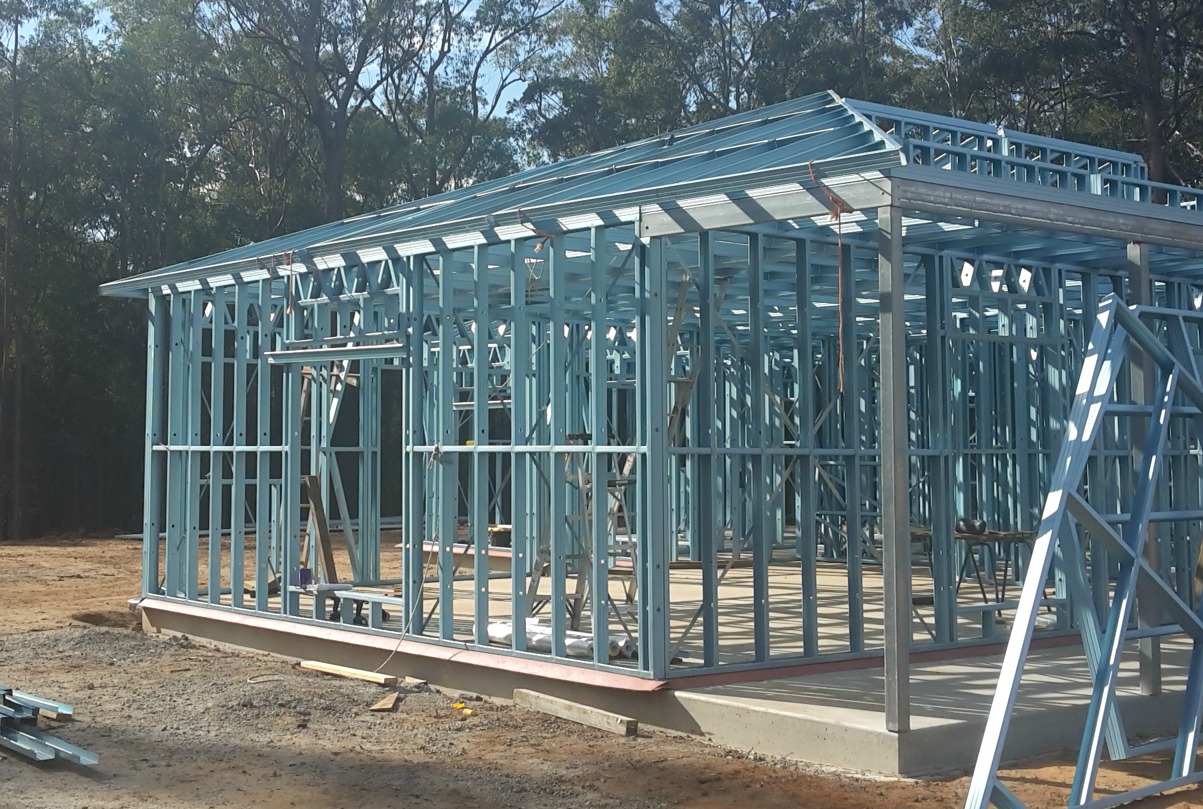 Roof frame in lifted into position

Yes a second person would have helped, but the satisfaction of doing it alone was great. ...Why.. as an owner builder it takes time to nut things out. It takes time to work out where things go, how they are orientated and how they will eventually be positioned. An off-sider would be standing around waiting while i was figuring out how to lift a roof frame and my next move. So..DIY mate.

You can also find out how to lift a beam here