Can walk in shower designs work?

Most of the walk in shower designs that I have used are just too small to keep the water from splashing out onto the rest of the bathroom. When I first conceived a shower for my steel kit home bathroom, I wanted it big.

I also thought I needed some form of shower enclosure to keep the water in. In the end I found a neat compromise: I kept my big shower, used frameless glass on two sides, hobbed the floor edge and kept the walk-in concept by deleting the door. As I hate shower doors, that was a no-brainer. 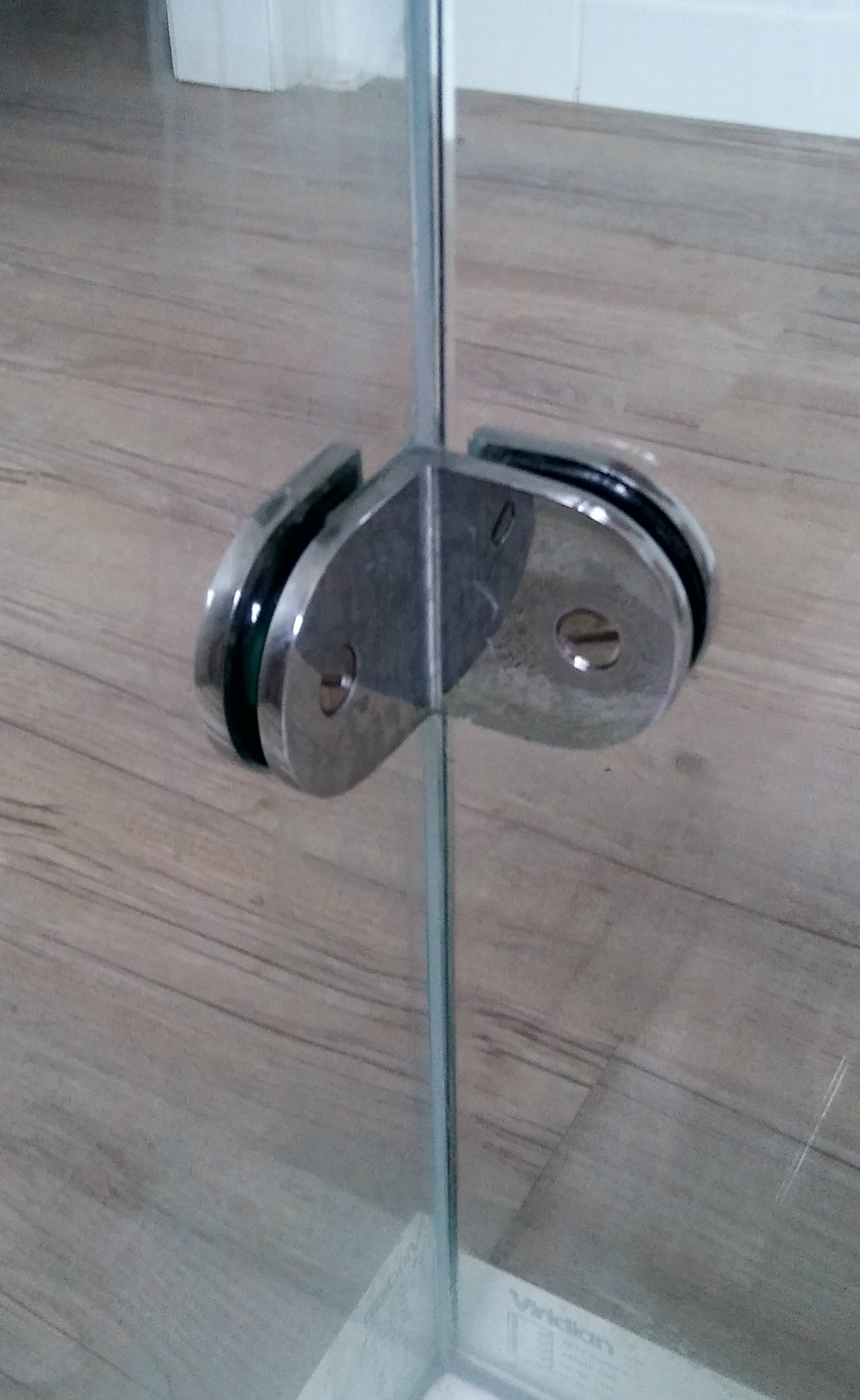 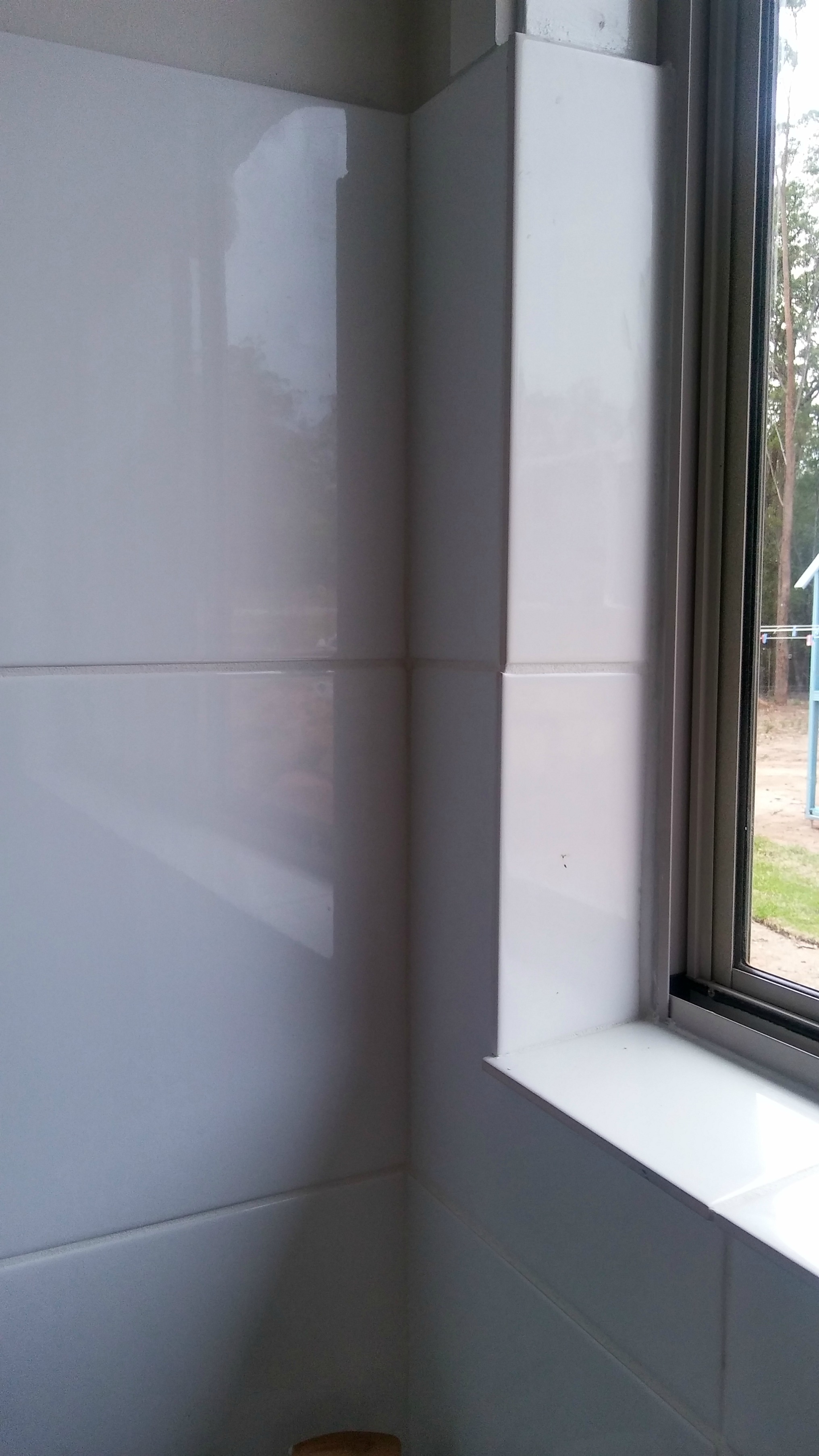 You can see how I made the shower floor here. I had the floor and walls professionally waterproofed, and I made a shower floor edge hob constructed of hebel. When I was erecting the steel frame I formed up a shower shelf to about 900mm as part of the tiled wall.

My walk in shower designs dismayed the draftsman, waterproofer and plumber! The draftsman said "what about the bath?" The waterproofer said "why would I want a window in a shower?", and the plumber said "this will be way too big mate." Yeah thanks fellas, now go back to your 90x90 dark elbow bumping cubicles and dust collecting bath.

They all thought I was mad making it so big, and when I added a large window starting at 1600mm beside the shower for light, aeration, view and aesthetics, I was thought to have completely lost the plot.  In the end, it's big, beautiful and water never reaches the window sill, so..I won.

While I was framing up I also provided extra studs down where the glass would butt up to the wall. I figured an 1800mm x 1500mm piece of 5mm tempered glass would weight 70 or 80 kgs so a solid wall mount would help.

I used tiled hebel blocks for a surround hob and made sure they were full of tile glue when the tiles were laid. I used 300mm x 100mm tiles for the hob.

Walk in shower designs: my way

My shower design inclusions were a good sliding pole shower head on a hose, a mixer well away from the shower head, a rectangular 900mm chrome strip drain, frameless glass, lined up white floor and wall tiles, and tiled up to two metres up the wall. 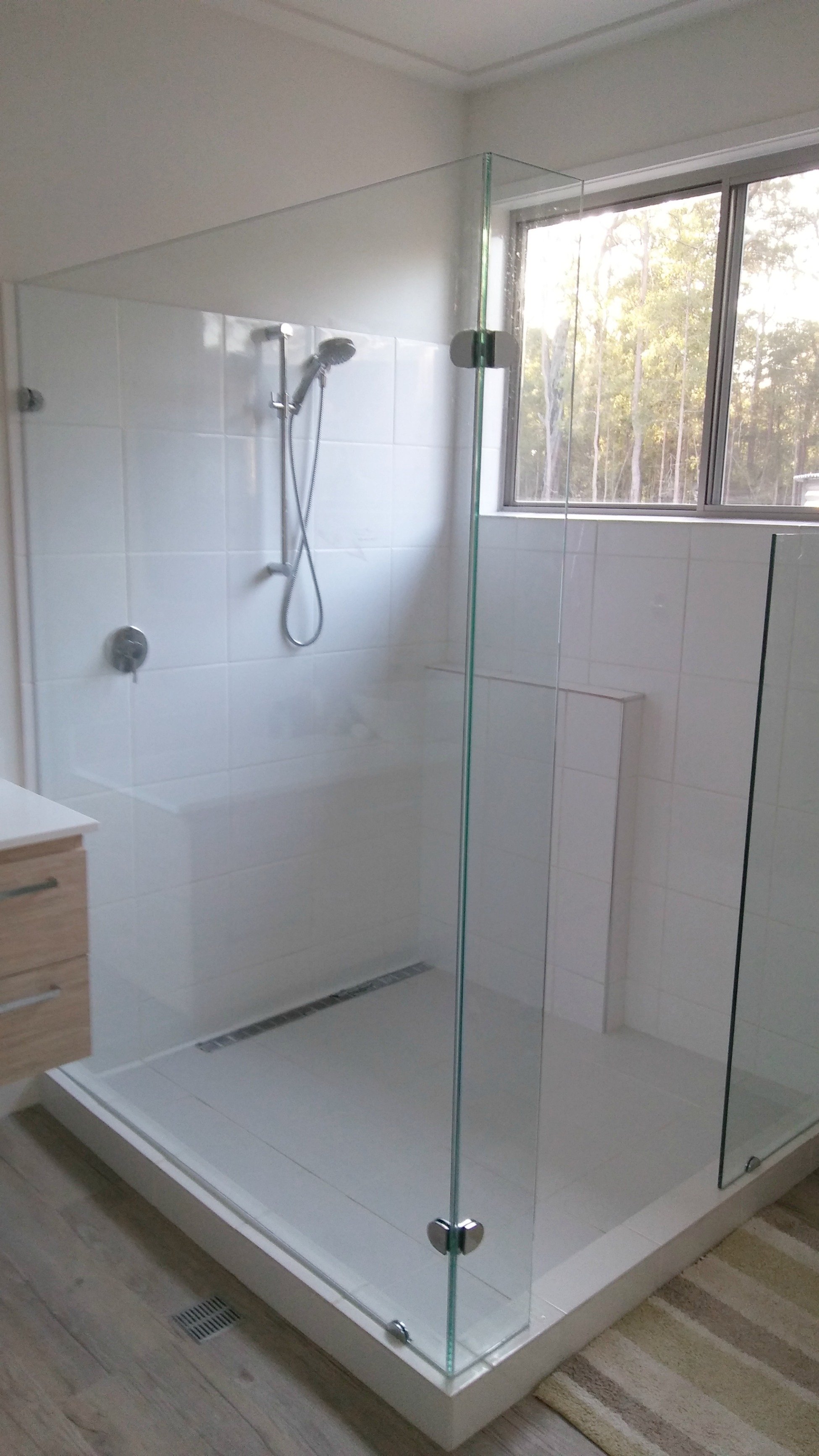 My walk in shower ended up being 1400mm x 1400mm, and with a 1200mm hanging vanity, rather than a bathroom, I now call it my shower room. I have found the design to be very functional, relatively easy to clean, obviously spacious and easily shared! Due to the large window, mould does not grow, towels dry quickly and the shower experience is visually great: looking at a tiled wall can be boring. Yes, walk in shower designs can work, with a good bathroom layout and some creative thinking. So go ahead...build one!

You can see how I built the shower floor and hob here.

Here is a quick guide to installing a shower base

Or go back to bathroom layouts

Or return to kithomebasics home page